In October, 2000 the Centre began when the founder Sr. Celestine Forrest succeeded in securing a room from the Mercy Sisters and so began the project of teaching English to Asylum Seekers. Since the project began there was a huge growth in the number of Asylum Seekers in Cork, which led to larger number needing English classes.

In recent years it became clear that there was a need for English classes for other immigrants in the Cork area who couldn’t afford paid classes and were in danger of becoming marginalised.

The Centre has now widened its scope to include refugees and unemployed immigrants, many who have come from the new accession countries in the EU.

From a starting point of just one class with a handful of students the centre has grown to cater for 200 students a day with the help of 45 volunteer tutors. 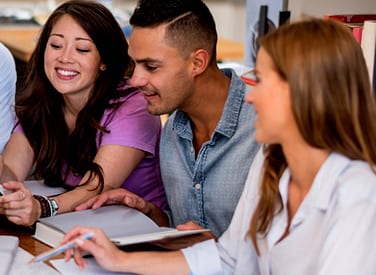 Get involved by conributing in time, materials or cash

Apply to learn Apply to Volunteer
Scroll to top

This site uses cookies. By continuing to browse the site, you are agreeing to our use of cookies.

We may request cookies to be set on your device. We use cookies to let us know when you visit our websites, how you interact with us, to enrich your user experience, and to customize your relationship with our website.

Click on the different category headings to find out more. You can also change some of your preferences. Note that blocking some types of cookies may impact your experience on our websites and the services we are able to offer.

These cookies are strictly necessary to provide you with services available through our website and to use some of its features.

Because these cookies are strictly necessary to deliver the website, you cannot refuse them without impacting how our site functions. You can block or delete them by changing your browser settings and force blocking all cookies on this website.

We also use different external services like Google Webfonts, Google Maps and external Video providers. Since these providers may collect personal data like your IP address we allow you to block them here. Please be aware that this might heavily reduce the functionality and appearance of our site. Changes will take effect once you reload the page.